I'm going to attempt Anna Karenina, finally. It involves gay soldiers, but first, the key question for all you guys: what's the best translation?

Aside from being a book I should have read years ago, Anna came up Wednesday night, at a party I almost ducked out on, but thank God I stuck it out.

It was a book launch party for Gary Rivlin's wonderful book Katrina: After The Flood. Like a goofball, I thought about asking a few friends three hours before, they were busy, so as usually, I showed up alone, as if that's going to work. 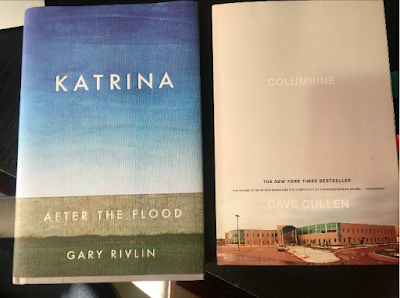 I walked in to this amazing apartment on the Upper West Side, to find more people than expected. (Fifty to seventy, maybe.) I knew none of them, including the host.

Gary and I had connected online. Same publisher, the amazing Jonathan Karp, had been critical to both our books, and Gary was nice enough to invite me. Sounded interesting. (Very similar cover designs, too, not coincidentally. I got to see and earlier version of his, which I think I like even more. Hard to choose.)

But while hosting a party is not a promising time to get to know someone.

I went in anyway.


I went hunting for the bar, or food, usually together. I'd biked over straight from the gym and the protein shake had tided me over, but wouldn't last.

Turned out they were at opposite ends of the very long apartment. (Rent stabilized. Turns out the guests meant it literally when they said they'd had the place since Gary's wife Daisy was a little girl. She grew up in that flat, and apparently it was passed down to her.)

I found the food, promptly lost my plastic fork, and then there were no more. So I found the kitchen nearby, which was strangely nearly empty. I can't remember ever seeing that at a party. I washed a plastic fork in the sink, getting a few odd glances from the few people nearby, overheard something interesting, and joined them.

We had a really nice conversation, but it played out, and I went for a drink, where a very nice woman started chatting me up. Very friendly crowd. Gary passed by a few times, very friendly, and introduced me to a few people, though this woman had me cornered. She turned out to be drunk and a little nuts, so I eventually had to fake a bathroom break.

Clean escape; I headed back to the kitchen side for more veggies and pasta.

This was about 40 minutes in, and I'd eked an OK time, at the price of a whole lot of social anxiety, so I decided to call it a win and slip out.

No, I should try a little harder, and meet some new people. It was clearly an interesting crowd. Fifteen more minutes.

And then I connected with some people, ran into an old colleague who recognized me and caught up, and . . . I was suddenly having a wonderful time.

I ended up being one of the final stragglers to wander out more than three hours later. (And as the crowd thinned, Gary was free of hosting obligations, and had a really wonderful chat. So many interesting stories about the development of Katrina, which also took ten years. So cool to hear other people go through it, and how it works for them.)

Gary really has friendly friends. Interesting, too. In the intervening hours, I met a gay studies prof from Hunter college who gave me unexpected insights into the history of what I'm writing about. (And a whole pack of us had a pretty good go at what really gives straightguys the shivers about gays.)

WWI was really the heyday for gay soldiers, profman said. Really? In England, he meant: all sorts of juicy stuff going on. And before that, Russians in the 19th century, and lots of little outbursts in different times and places, in between repression.

I've done a fair amount of research on the history, though much still to do, and I've focused heavily on the U.S., plus ancient history and the Middle Ages. And lots of policy stuff, since that's best documented.

Lots of great new stuff to dive into, one of which brings me back to Anna Karenina. Apparently, there's a couple of gay officers in there, which the other characters seem to find unsurprising, which led our scholar friend to presume that reflected reality. (Since Tolstoy was far from gay-friendly, so clearly not pushing it as an agenda.) 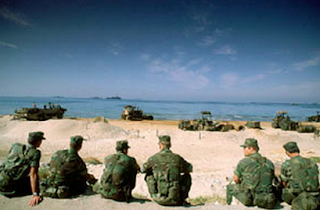 I meant to read that book years ago, and I love a lot of the Russians from that period, so . . . time to dive in and have a look. (I'd love to discuss it more with him and other scholars, and see what others have written, but it would help to actually read the book first.) Who knows what interesting flavors this may add to my gay soldiers book.

The book is a doorstop, and I'll see whether I like enough to invest the time for all 900-plus pages, but hopefully I'll love it.

Over 30 pages of new material (50 since hardcover).

Get Notified when it comes out.